Chinese New Year, also known as the Spring Festival is the main Chinese festival of the year.
As the Chinese use the lunar calendar for their festivals, the date of Chinese New Year changes from year to year. The date corresponds to the new moon. In 2014 it will be on January the 31.

It is customary to offer foods that symbolize prosperity, wealth, and good health when they have the money to spend for the celebration. This goes in observing superstitious beliefs or traditions, since it is also their traditions for Chinese New Year to avoid things that could bring bad luck.

Chinese people are very superstitious; they have guidelines to avoid having bad luck in the incoming year. These are the habits they have to chase away bad luck:

Avoid sweeping the floor on Chinese New Year as you can sweep the good luck away as well, when you clean home.Throwing off your garbage is also bad luck on the first day of New Year, since just as sweeping the floor you can also turn away prosperity by throwing your trash.

Avoid killing animals in the morning whether it is a duck or chicken. Many Chinese associate knife to slaughter, for them it is a bad omen to kill animals on a New Year.

Buy a book before the New Year since bookshop will close on this day as they associate book to “lose”.

Debt Pay off your debt before the New Year since it is believe that if you start the year with a debt then you will end the year still owing people money.

Many Chinese believe that buying shoes during the holiday period is a bad idea. In Cantonese the word shoes in homonym are “rough” and so buying a new shoe will give you a rough ride throughout the year.

In China, rich Chinese eat only “dry” rice while the poor eat porridge only. Hence, on Chinese New Year, avoid eating porridge even if you cannot afford dry rice, since you can end up eating porridge for the rest of the year if you start the year with this type of food.

Taking medication on the first day of the spring festival is also bad, according to many Chinese, as you will end up sick throughout the year. When it is unavoidable to since, you need maintenance then the best thing you can do to counter the bad luck is to wrap the medicine in something red like red packet since this color attracts good luck.

Avoid throwing broken glassware, or mirror since throwing them away during the first day of Chinese New Year can bring you bad luck. In case you do break something, just pick up the pieces, wrap them in a red paper, but never throw them, as you have to wait for at least 5 days, before you throw the broken glass.

Besides having superstitious customs, the Chinese also have traditions to celebrate the arrival of the New Year:

Shou Sui means after the New Year’s Eve dinner, family member will normally stay awake during the night. Some people just stay until the mid-night, after the fireworks. According to tales and legends, there was a mythical beast called the “Year”. At the night of New Year’s Eve, the “Year” will come out to harm people, animals, and proprieties. Later people found that the “Year” is afraid of red color, fire, and loud sound. Therefore, at the New Year’s Eve night, people will launch fireworks, put on some fires, and stay awakes the whole night to fend of the “Year”.

Red packet is a red envelope with money in it, range from one to a few thousand Chinese Yuan. Usually the red racket is given by adults, especially married couple, and elderly to young children in the New Year days. It was believed that the money in the red packet will suppress the evil from the children, keep the children healthy, and long living.

At the New Year days, a temporarily market will be setup mainly selling New Year goods, such as clothing, fireworks, decoration, foods, small arts, etc. The market is usually decorated with a large amount of lanterns.

After the cleaning, people will decorate the house to welcome the New Year. Most of the decorations are red in color. The most popular New Year decorations are upside down fu, dui lian, lantern, year paint, papercutting, door god, etc..

Dumplings are very popular in Northern China. It is one of the main disks for New Year’s Eve dinner.

It is solid cake made with glutinous rice flour together with some sugar. New Year Cake is popular in Eastern China.

Tang Yuan is small ball made from glutinous rice flour. Glutinous rice flour is mixed with a small amount of water to form balls and is then cooked and served in boiling water. Tang Yuan can be either filled or unfilled. It is traditionally eaten during Yuan Xiao, or the Lantern Festival (the 15th of the first month of the traditional Chinese calendar). 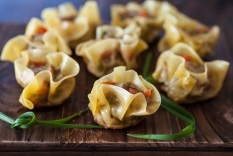 “Yesterday is history, tomorrow is a mystery, but today is a gift. That is why it is called the present.” 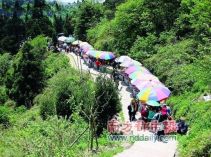 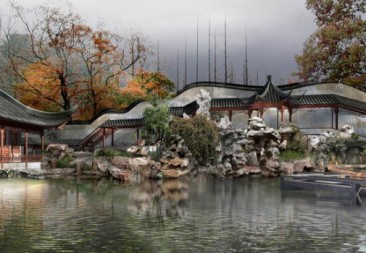